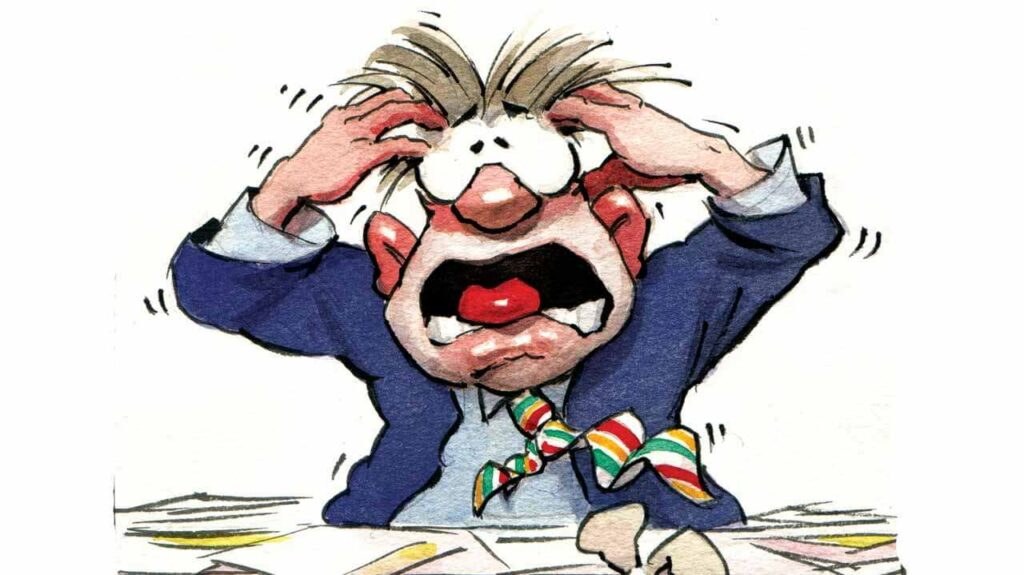 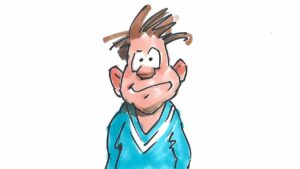 Session #6: The most important thing you were never taught in school

Learn to use your mind as it is designed to work! The BEING HAPPY PODCAST #006 In this episode you will learn: 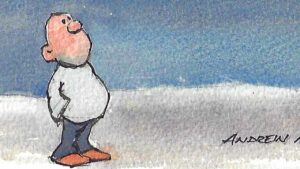 Session #5: The Power of Acceptance

When you fight life, life always wins! The first step toward the life you want is accepting where you are. Find out 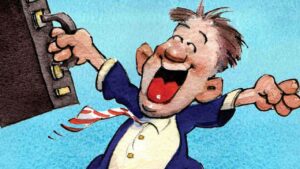 Session #3: 5 Things Successful People Do – That You Can Do Too!

In this podcast we take a fresh look at things we call “disasters”.

In this episode you will learn

Mentioned in this podcast

Links mentioned in this podcast

The Being Happy! Podcast #4

This is podcast number 4: “Dealing with Disasters”.

I have three thoughts about things we call disasters:

Firstly, often something looks like a disaster. Looking back we see it wasn’t.

Has that ever happened to you where what you thought was the worst thing turned out to be a good thing.

Secondly … we learn the most when life get tough – which means that problems – and disasters – aren’t all bad.

The third thing I notice is that happy and effective people look at  tough situations differently. We can learn from them.

How often do you hear of a story like this?

Fred and Mary are engaged to be married.

The church is booked. The dress is made. The wedding invitations have been sent out. The honeymoon is all paid for.

At which point Fred tells Mary, “I’m in love with Jennifer.”

Mary is inconsolable. This is the disaster to end all disasters! The shame, the trauma, the expense! Mary wants to die.

Six months later, Mary meets Bill – who is everything that Fred wasn’t. Within two years Bill and Mary are married with a baby girl!

Mary looks back and laughs, “I can’t believe that I ever wanted to spend my whole  life with Fred!”

So what does Mary say about the dream wedding to Fred that got cancelled at the last minute?

She says, “I discovered strength I didn’t know I had. If not for that, I wouldn’t have the career I have now – and I would never have found Bill.”

So was it really a disaster that Fred ran off with Jennifer?”

How often do you hear this kind of story?

Jim works in a bank for 12 years, then suddenly he is made redundant. Sacked!

His Mom says, “This is a disaster!”

Jim applies for 20 jobs and doesn’t even make it to a first interview.

Out of desperation – Jim starts building websites for friends for a few dollars. He gets better. Hey builds some sites for neighbours. Then for strangers. Soon enough Jim realises that he has a little business!

Jim has his challenges. Some people don’t pay their bills. But Jim is happier than he has ever been!

For the first time in his life Jim is his own boss, and doing what he really loves. His life has new meaning and excitement – all out of apparent disaster.

There is an ancient Chinese story – you may know it. Not a week goes by that I don’t think about this story. So even if you have heard it, I want to remind you about it …

There once lived a farmer. He had a son and a horse. One day the farmer’s horse ran away, and all his neighbours came to console him, saying: “What bad luck that your horse has run away!”

And the old man replied: “Who knows if it’s good luck or bad luck.”

And the old man replied: “Who knows if it’s good luck or bad luck!” And of course the neighbours said, “This old guy is crazy! Anyone would know that it is bad luck!”

The next day the farmer’s son was riding amongst the wild horses, and fell and broke his leg. The neighbours came to console him, saying: “What bad luck!”

And the farmer said: “Who knows if it’s good or bad luck!”

And some of the neighbours were angry, saying: “Of course it’s bad luck, you silly old fool!”

Another week went by, and an army came through town, enlisting all the fit young men to fight in distant lands. The farmer’s son, with his broken leg, was left behind. All the neighbours came to celebrate, saying: “What good luck that your son was left behind!”

And the farmer said: “Who knows?”

We miss a flight, we lose our job, a relationship falls apart. We say, “This is disastrous”. But is it?

You say, “But some things are definitely BAD – like what if you catch a terrible disease.”

I wrote a book called Happiness in Hard Times that featured stories of extraordinary people who bounced back from tragedy and disappointment.

This is Craig’s story from the book, Happiness in Hard Times – I have abbreviated it here. The longer version is in the book.

Dad kicked Mum, my two sisters and me out of the house when I was four. We left with nothing but our clothes and lived in a caravan. (For Americans, a caravan is a little trailer on wheels).

We tried going back once, only to be thrown out again. As a child, I never felt good enough.

As a teenager I was awkward and insecure. I had panic attacks, I let people walk all over me. Alcohol numbed the pain and gave me some confidence.

I began to mix with a “cool” crowd in bars and nightclubs – I felt like part of a “family”. We did drugs like cocaine, ecstasy, marijuana and LSD.

I was stunned! But I remember walking out of that hospital and saying to myself, this HIV isn’t going to get me…EVER.”

HIV shocked me to my senses and I began to look inside myself. I got enormous help from Louise Hay’s book, You Can Heal Your Life. I learned to use positive affirmations.

I didn’t tell my family until about 10 years into my diagnosis. They were devastated but very supportive, and they still are.

Learning to love myself and choosing to forgive other people, changed my life. Nowadays, I feel comfortable in my own skin, I have self-confidence and I don’t take crap.

I enjoy the simple things in life. I like who I am. When you like who you are you are happy.

I’ve been HIV positive for 24 years now. It is the best thing that could have happened to me. I was self-destructing. If I hadn’t contracted HIV, I would have ended up dead in some gutter.

I am now studying to help others in similar situations to my own. My philosophy is:

HIV has been my greatest teacher and blessing.

That’s Craig’s story – and I am not sure that, in Craig’s circumstances, I would be as brave or as positive as Craig.

But I get inspired by Craig – and people like him.

Craig shows us that there is life – and often a better life – after tragedy and disappointment.

We learn most when life hits us over the back of the head!

Why? Because it’s easier not to change. So we keep doing what we’re doing until we hit a brick wall.

Take our health for example. When do we usually change diets or start exercising?   When our body is falling apart – when the doctor says: “If you don’t change your diet, if you don’t get regular exercise, you won’t even be here in 5 years.

Suddenly we say, “That would motivate me!”

In school – when do we finally knuckle down and study? When we’re about to fail.

In business – when do we try new ideas and make the tough decisions? When we are going broke. When do we finally learn about customer service? After the customers have left!

When do we get a burglar alarm? After we have lost everything.

When do we back up our computers? After we have lost everything.

We learn our biggest lessons when things get rough.

When have you made the most important decisions in your life? When you were on your knees – after disasters, after knock-backs, when you’ve been kicked in the head.

That’s when we say to ourselves: “I’m sick of being broke, sick of being kicked around. I’m tired of being mediocre. I’m going to do something with my life.”

Success we celebrate – but we don’t learn too much.

Failure hurts – and that’s when we get educated.

Looking back, we usually notice that things we thought were “disasters” were turning points.

We find in life what we look for. If you look for faults in your job, or in your boyfriend, or where you live, you find them.

If you look for good things in your work, or in your kids, or your life, you find them.

The same is true for disasters. Even within disasters you can find good things.

What do effective people do during disasters. They ask themselves, “What’s good about this situation?”

You say, “What if I am broke? What’s good about being broke?”

There’s good things about being broke.

You break your leg. You say, “What’s possibly good about that?”

If you expect things to work out, no matter how bad they seem, you will find a way through.

You miss a flight, you say: “This is terrible. I’m in a hurry. People are waiting for me in Hong Kong. I have to be on that flight.”

While you stay with that thought pattern, people will trip over you, spill coffee in your lap and lose your baggage.

The minute you say: “There are no accidents in my life. I am where I am meant to be,” that’s when things start to improve. You meet an old friend, you make a new friend, you take time to read a book and life gets better.

Taking the logical point of view doesn’t always work. You apply for a job, and miss out. If you tell yourself: “That was my job. I had the qualifications and the experience and now my life is ruined,” you can be a wreck.

You can be a wreck for a week or if you want, a lifetime. You can argue your case with wonderful logical reasoning. Your argument will work but your life won’t, because life isn’t logical!

What do effective people say? They say something like, “I have no idea why I didn’t get score that job, contract, opportunity, promotion, husband … but I choose to believe that something better is coming.

So how important is attitude?

It is not what happens to you that matters most.

It is how you respond to what happens to you.

I have been getting lots of emails and Facebook messages asking me, “where can I buy your books.”

Because my books are in 42 languages – and published by many different publishers – there is not one answer.

But here are two answers that may be helpful to you if you are looking for English books.

If you like e-books then amazon kindle is a convenient option – and there is a link on my website.

If you want hardcopies, one solution is The Book Depository.

The Book Depository is an online store, based in the UK and it ships free to 100 countries. So if you want a hard copy and you can’t find my books in your local store visit The Book Depository – there is a link on my website www.andrewmatthews.com – look under podcast #4.

My next podcast #5 – is about Acceptance.

The first step to happiness is accepting where you are – which is a whole lot easier in theory than practice.

Join me for podcast 5 and some tips on accepting what you have while you pursue what you want.

Until then, I wish you success and happiness.